Why are sponges important?

Sponge grounds add structural complexity to those areas in the deep-sea where they occur, providing habitat and refugia to commercially important species, supporting food webs, and maintaining deep-sea biodiversity.

They play key roles in important biogeochemical cycles (silicon, carbon, and nitrogen) and in bentho-pelagic coupling (i.e., in connecting ecological processes occurring within the water column, or pelagic ‘realm’, with those taking place at (and within) the seabed, the benthic ‘realm’). Sponges are believed to constitute an impressive sink for silicon and grazed carbon, and to act as a net source of particulate matter and nitrogen compounds, which may fuel deep-sea microbial and invertebrate communities.

Sponges and their associated microorganisms have also been identified as having significant biotechnological potential. They are the single richest and most prolific source of marine natural products with human health (i.e. pharmaceutical) applications. Thousands of ‘sponge ground’ compounds have been discovered to date, with many showing potent bioactivity and some, like barettin and ianthelline, possessing useful anti-fouling and anti-cancer properties. One of the most interesting potential applications is the use of the intricate silica-based skeletons of sponges in novel approaches to tissue engineering and regenerative medicine. 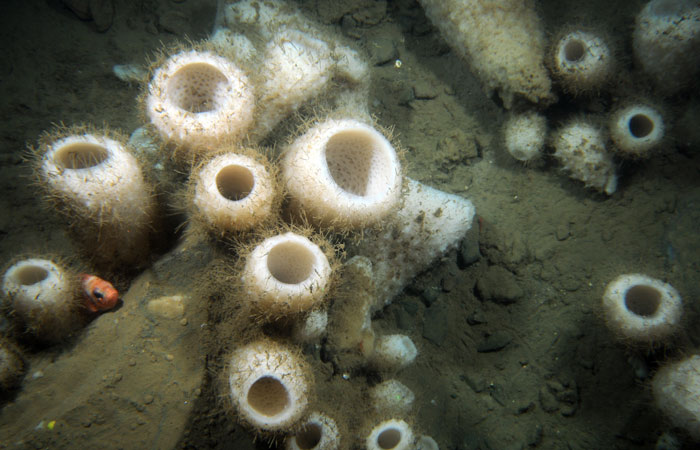 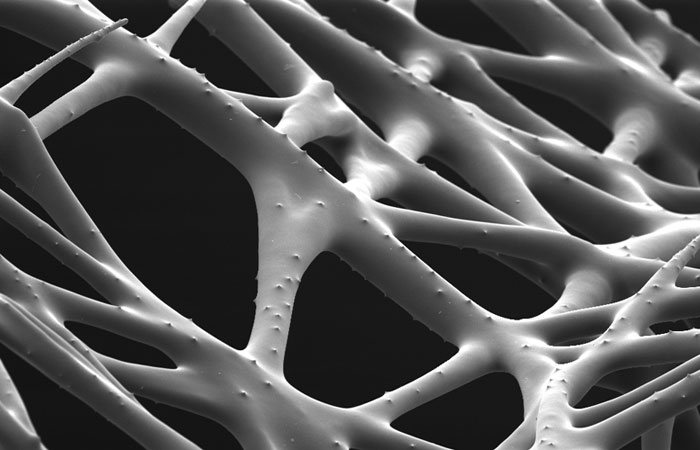